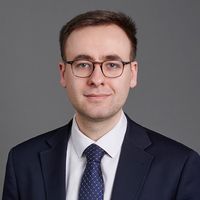 Today, Conservative MP John Penrose published his independent report into how the UK can enhance its competition regime now that the Brexit transition period has ended.  The report also considers how competition policy can support the economic recovery from COVID-19.

The report, entitled “Power to the People”, covers a broad range of issues.  In the long term, Penrose calls for a new Competition Act that is updated to reflect the new “digital” economy.  In the short run, Penrose identifies a number of impactful proposals within his report that he considers can be accomplished without legislation.

All power to the CMA?

Penrose argues that there is currently a gap in the UK’s competition regime where there is “no strong, independent institution responsible for the overall progress of competition, consumer rights, supply-side reforms and productivity improvements”.  The report proposes that the Competition and Markets Authority (CMA) should seek to fulfil this role and become the “micro-economic sibling” of the Bank of England.

Amongst other things, Penrose calls for the CMA to:

The report also calls for a government taskforce to be established to complete an “end-to-end review” of how the CMA and Competition Appeal Tribunal’s processes interact.  This follows from what Penrose considers to be “plenty of agreement” that the overall process from investigation to appeal is “cumbersome and clunky”.

Penrose supports the Government’s announced intention to establish a new digital markets unit (DMU) within the CMA, which will focus on tackling digital firms with substantial, entrenched market power.  However, the report cautions that giving this unit strong upfront powers, which may be quicker and easier than normal competition and consumer laws, is a “headily-addictive drug for regulators”.  As a result, Penrose proposes that the DMU should:

The report suggests that sector regulators should share the same mandate as the DMU to erode the power and strength of natural monopolies “by making pro-competitive interventions, for example by encouraging more data sharing, or reducing barriers to new entrants”.

A particular area of focus is creating a “Brexit Dividend” by replacing EU regulations with ones “cutting red tape costs” and prioritising consumers first.  Penrose recommends that:

The end goal of these reforms would be for sectoral regulators, such as Ofcom, Ofgem and Ofwat, to have much smaller economic regulation teams that handle price controls as a result of increased “normal” competition in these markets.

Self-restraint on subsidies, but some FDI controls

Finally, Penrose suggests that although the UK, having left the EU, now has “full sovereign control” to decide to subsidise particular industries, it should in general choose not to do so, in order to keep the economy competitive and avoid distortions of competition.  However, with perhaps Nvidia’s proposed acquisition of Arm in mind, the report does suggest that “Ministers should develop new options on how to prevent fast-growing UK-based firms in fast-growing sectors… from being poached offshore for non-commercial reasons”.

This suggests that there may continue to be a focus on screening foreign investment post-Brexit, even beyond the Government’s National Security and Investment Bill that is currently making its way through Parliament.

As an independent report, Penrose’s conclusions are not binding on the UK government (which is expected to respond in due course).  However, many of the points that the report raises are consistent with the findings of other reports and reviews including the letter in February 2019 from the then CMA Chairman, Lord Tyrie, to the Secretary of State for BEIS.  Competition law reform of some sort therefore seems likely to be high on the agenda for 2021.